The revolution in professional lawn care – 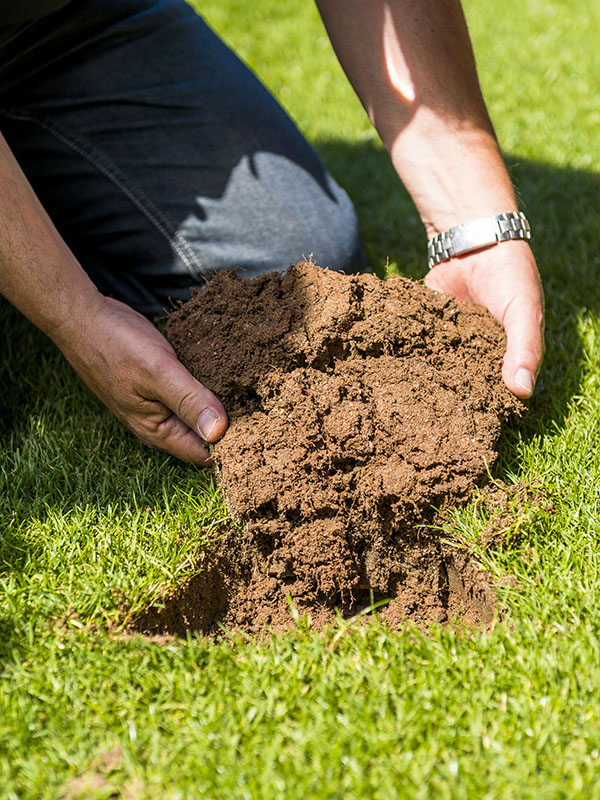 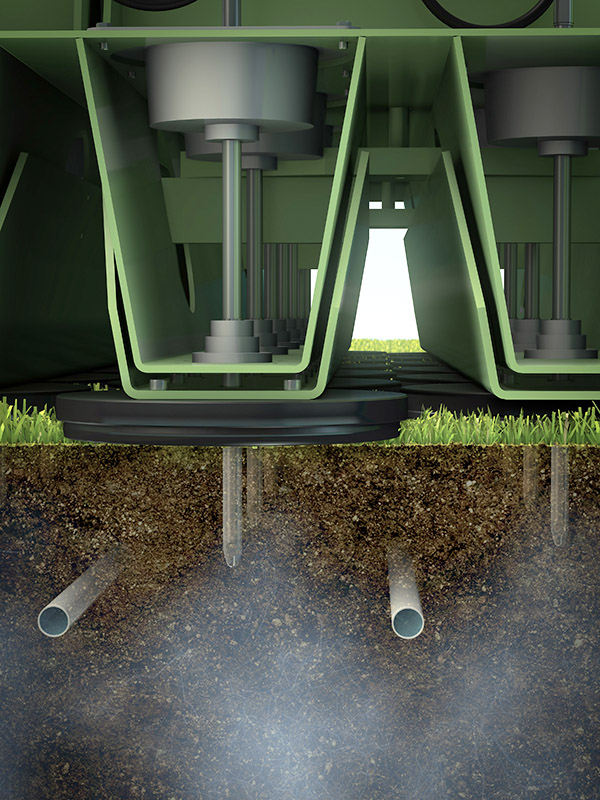 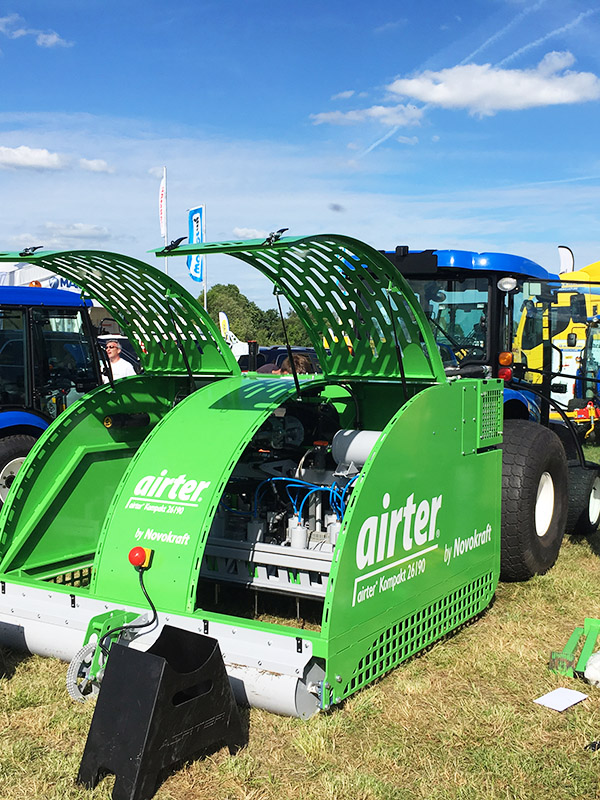 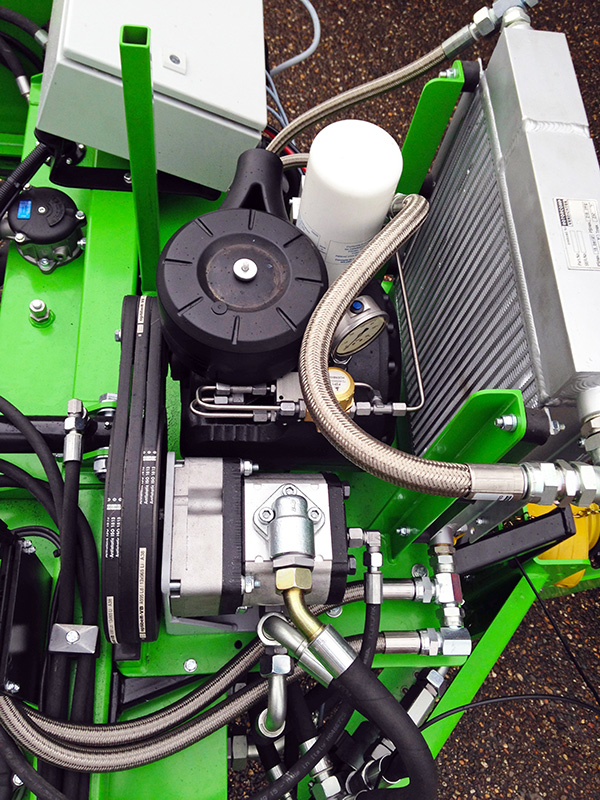 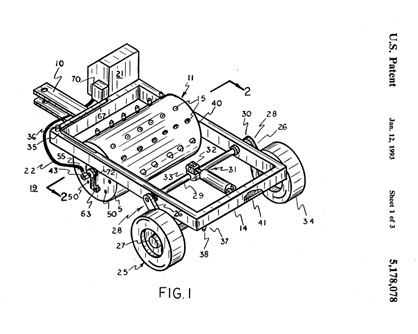 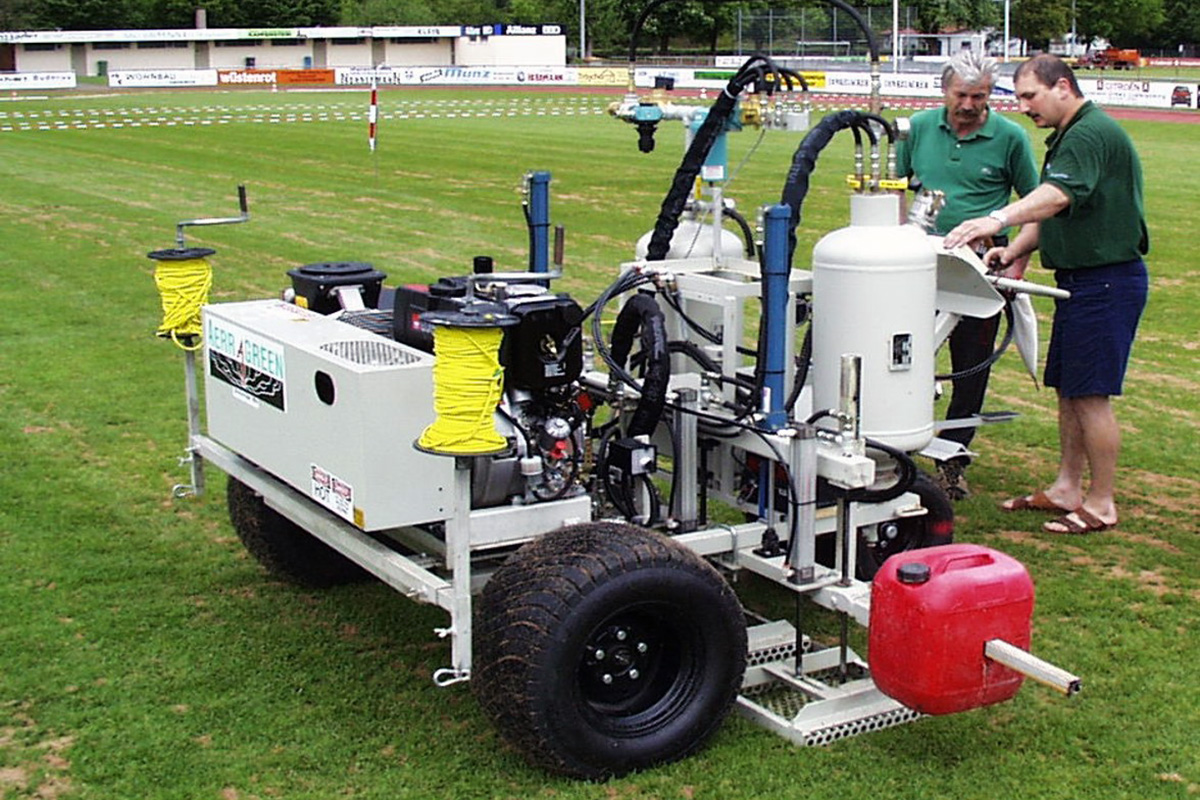 Milestones on the road to pneumatic loosening of intensively used lawns

The presentation of the airter® Duplex 26170 at seven Bundesliga locations was a great success.

A report from the STADIONWELT INSIDE 2/2016. On 18 April 2016 the Bundesliga roadshow of the airter® Duplex 26170 started in Paderborn. The pneumatic soil aeration device for professionals developed by the Swiss company Novoter AG loosens the root zone and supplies it with fresh oxygen. The experts have been convinced of the functionality of this world novelty on the stadium lawns of SC Paderborn, VfB Stuttgart, Schalke 04, Bayer Leverkusen and the 1. FC Cologne as well as on the training areas of Bayern Munich and RB Leipzig.

The first public demonstrations of the airter® attracted more than a hundred visitors. Many prominent experts attended the demonstration along with representatives of the German Lawn Society, members of the Association for the Promotion of Landscape and Sports Turf Research to numerous Bundesliga Greenkeepers. All major sports turf construction and maintenance companies were on site too.

Not only the experts were impressed by the new machine, but also the most important users of the football pitches. During the roadshow, the airter® was used to loosen and ventilate a training pitch of a first division team with a hard hybrid grass base layer. The players of this club all expressed themselves very positively afterwards about the soft underground.

Novoter AG originally developed the airter® Duplex 26170 as a maintenance device for the innovative lawn heating system novoter® marketed by the company, which can save 70 to 80 % of heating costs compared to conventional lawn heating systems. During the development process, it became clear that the pneumatic loosening technology and the continuous working process were also ideally suited for sports surfaces without heating, be it football pitches or golf courses. The airter® has massive advantages over conventional aeration machines, particularly in loosening the turf root zone of hybrid lawn carpets and hybrid lawn base layers. 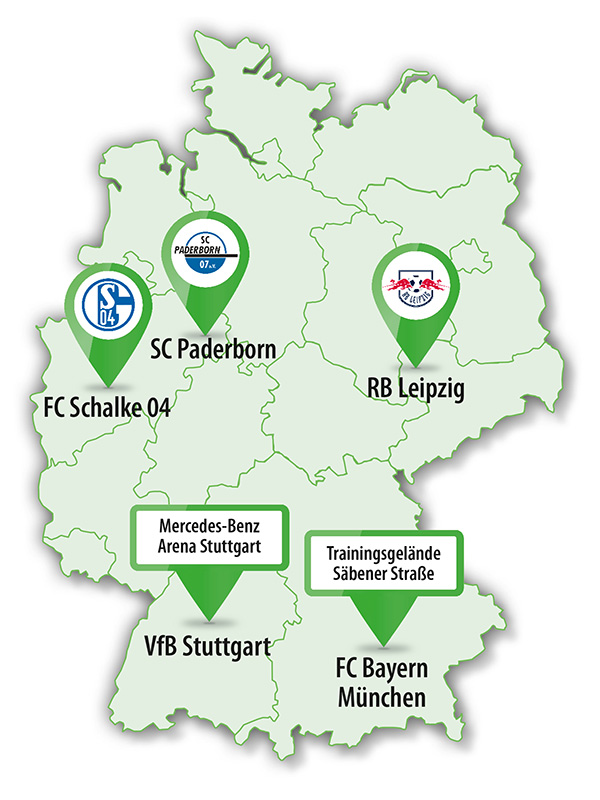 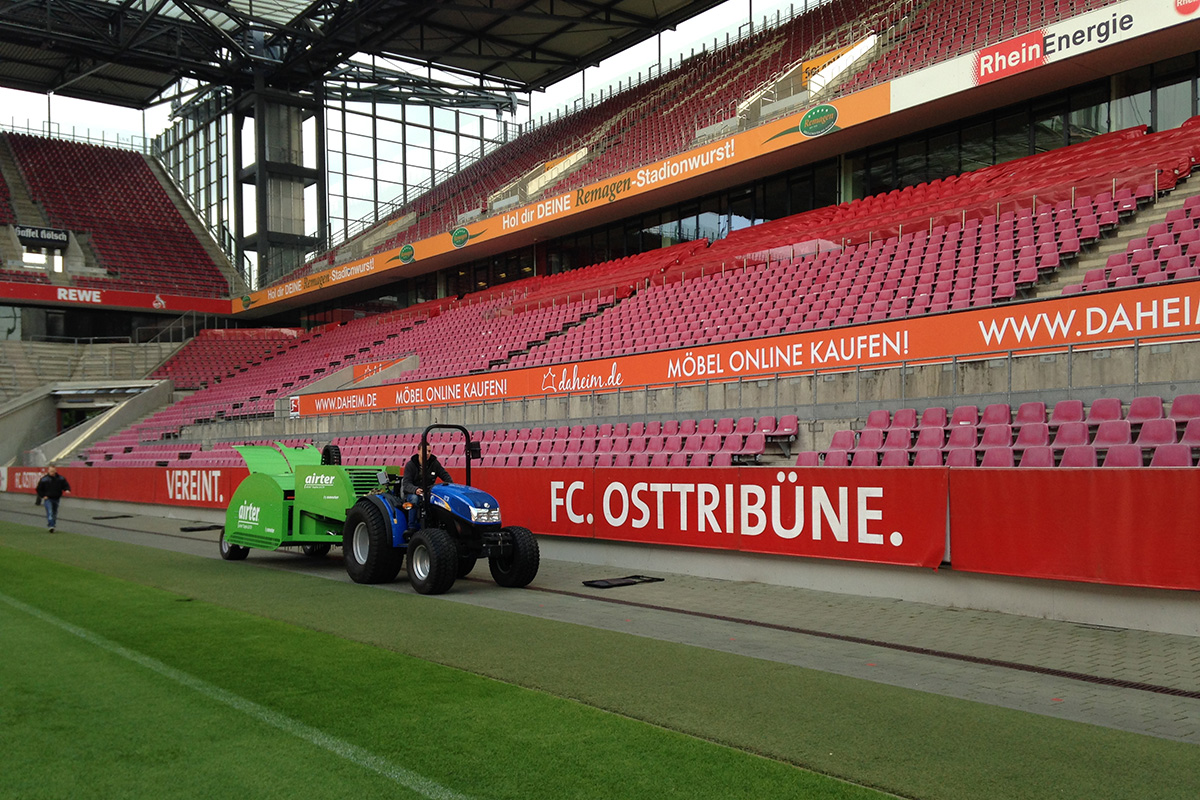 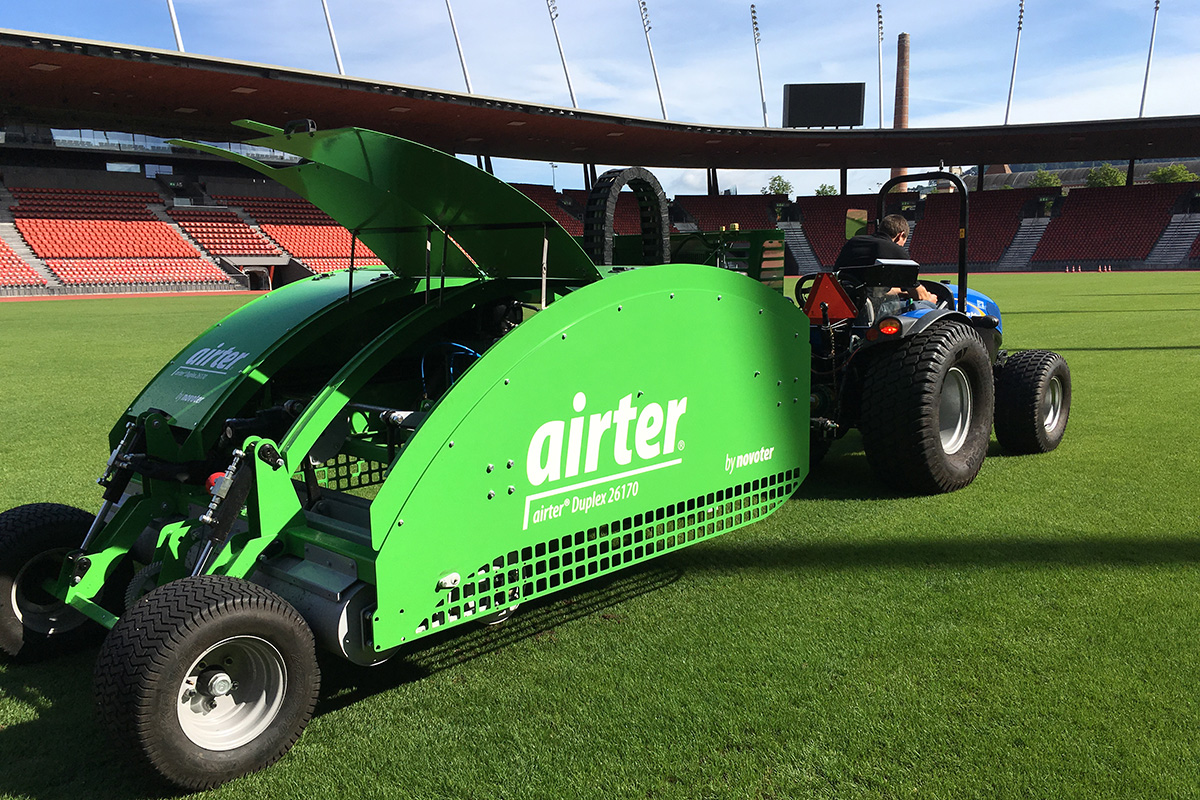 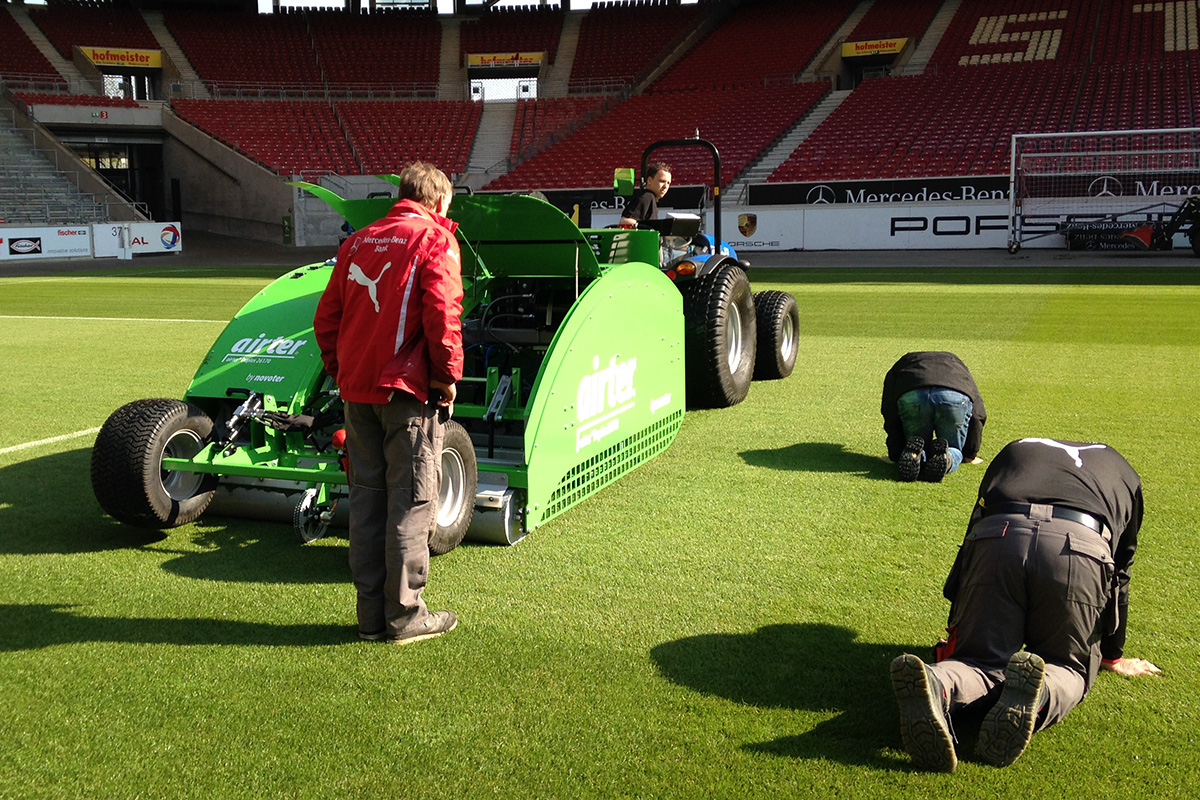 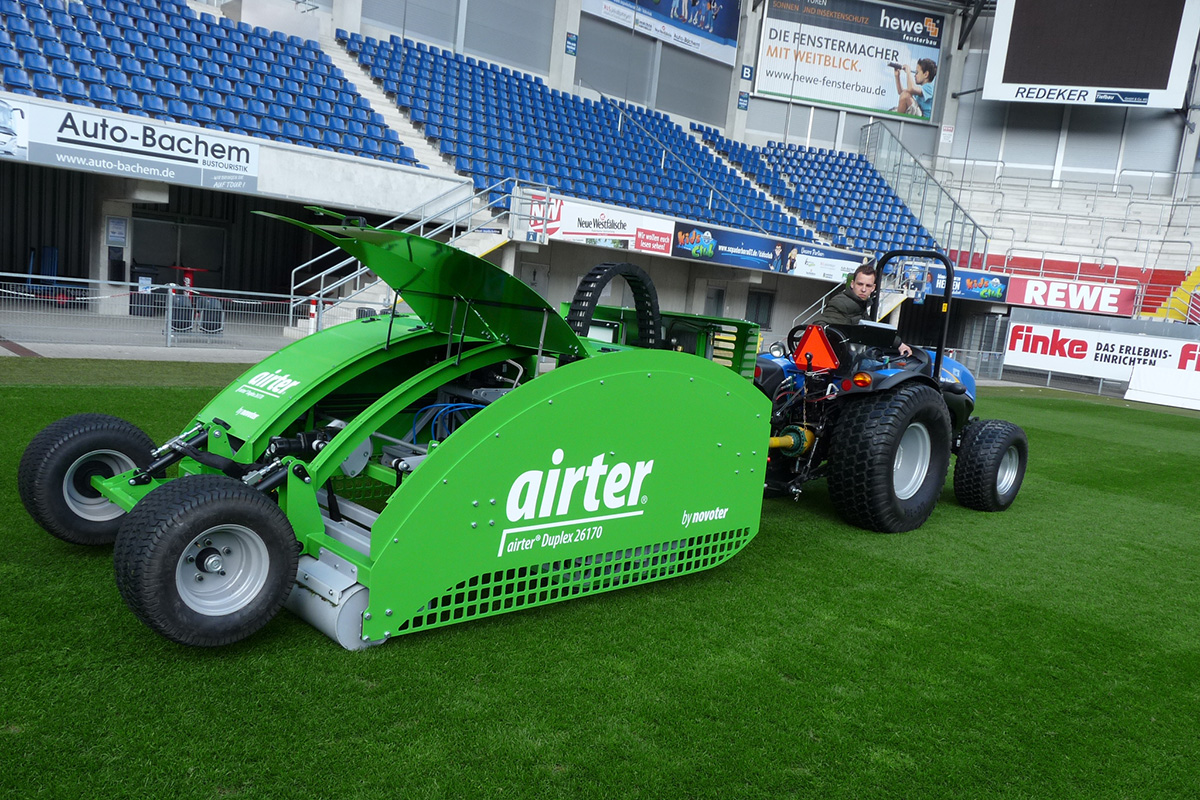 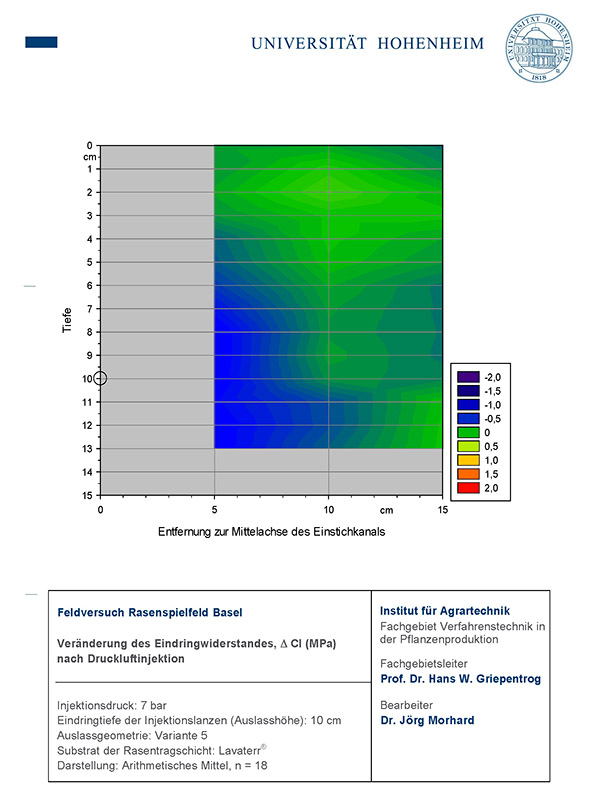 Investigation on the occasion of the Roadshow 2016

In spring 2016, the University of Hohenheim accompanied the demonstrations of the airter® on all five lawns of the participating league clubs in order to investigate the effect of the machine even more closely in practical tests.

Under the direction of Dr. Jörg Morhard, scientific measurements of soil compaction and soil loosening in the lawn base layer were carried out before and after the airter® has worked. Soil samples

as well as soil moisture measurements were also part of these investigations.

The first tendency of the evaluated data showed that the soil is loosened homogeneously and area-wide. The final results will be published by the University of Hohenheim at a later date. 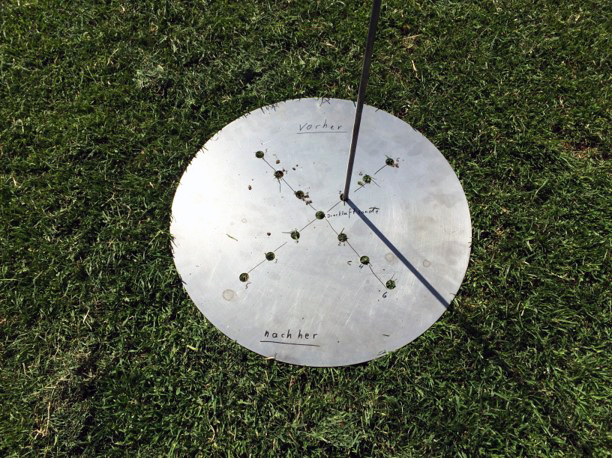 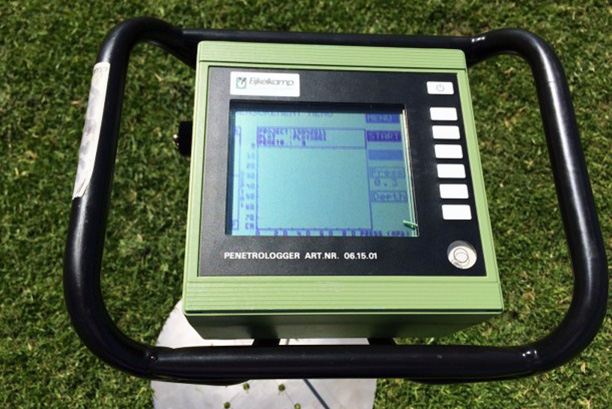 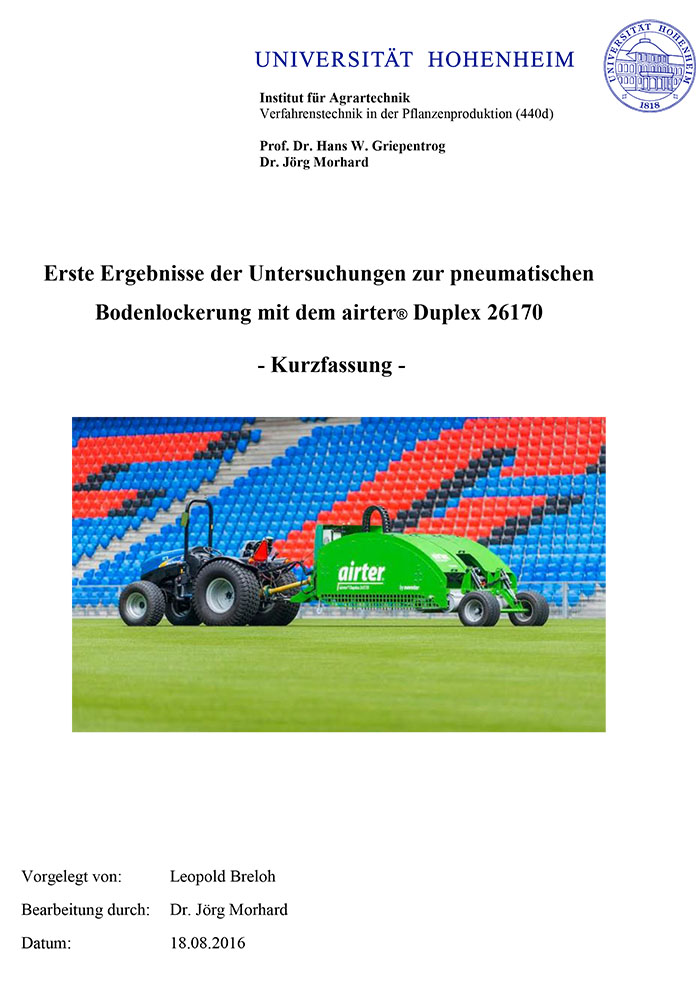 First results of investigations on pneumatic soil loosening with the airter@Duplex 26170 of the University of Hohenheim.